Plant of the Week! A brief history of the invasive Barberry. Two types of Berberis sp., Berberis vulgaris (Common) and Berberis thunbergii (Japanese) have escaped cultivation and caused damage to crops and native species for generations. Common Barberry is native to parts of Asia and was brought to the United States with European settlers in the 1600’s. It was a popular plant for its use as a hedge, producing fruits that were made into jam, and a yellow pigment that was used as a dye. By the 1900’s, however, Common Barberry was wreaking havoc on America’s wheat crops by acting as a host for a stem rust that affects grasses. From 1918 until the late 1970’s, the Barberry Eradication Program worked to kill the plant: over one million shrubs were killed in Minnesota alone. Meanwhile, Japanese Barberry, which first appeared in the US in the 1800’s, was being promoted as a rust-resistant alternative. Unfortunately, this plant also escaped cultivation, and is still a big problem in natural areas. Barberry is still sold in nurseries, including varieties that are said not to produce seed. However, reversion is not an uncommon occurance in plants, meaning that eventually even some of these “sterile” varieties might be able to produce seed in the future. The safest practice is to avoid Barberry altogether. Native alternatives include Glossy Black Chokeberry (Aronia melanocarpa var. ‘elata’), a native currant (Ribes spp.), or American Cranberrybush Viburnum (Viburnum trilobum).

Barberry war: Why the USDA spent more than 50 years trying to eradicate this thorny bush in Minnesota 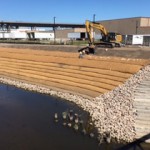 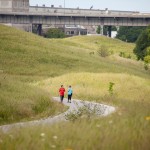 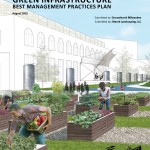