This riverbank restoration and stormwater park is situated on a 120-acre site in an abandoned industrial and railway corridor in the Menomonee River Valley located in the city of Milwaukee. Marek’s work began along the Menomonee River, where erosion control and streambank stabilization measures were installed and native trees and seed planted. This urban river is flashy and restoration work was performed directly behind earthwork crews to minimize the chance of sediment being released into the waterway. We also worked on the plant lists, construction specifications, and helped organize a design charrette with regional experts in plant ecology. When completed, we placed 80 acres of seeding for erosion control for the industrial development parcels of the site, 5 acres of turf seeding for soccer fields, 20 acres of native seeding in the stormwater treatment train and along the riverbank, 10,000 emergent aquatic plantings, and the installation of more than 400 trees and 500 shrubs.

Marek was awarded a competitive bid/qualification contract for maintenance. This included planning, scheduling, and costing over a five-year term. Strategies for invasive weed control included spot spraying for specific weed species and cutting, bagging, and disposing plants. A stratified random one meter square plot survey was completed to measure species relative abundance and diversity. Maintenance and general care of the site was coordinated with volunteer groups, non-for-profits, and WDNR.

The site has become one of the best examples of a successful native planting in an urban environment, has been nationally recognized for urban revitalization, green infrastructure, and brownfield development, and is recognized by the Sierra Club as “One of the 10 Best Developments in the Nation.” 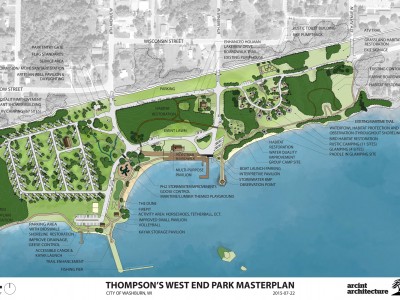 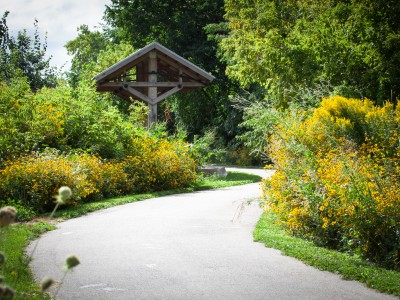